In the debug area you will see the list of all the microservices developed with the Developer Console.

At the first level you have the necessary information to understand the health of the service: whether it is active or not, and the memory levels used.

Although the real potential of the debug area is its connection with telepresence. Pressing the "Debug" button will in fact display a string to be pasted on your terminal that simulates the behavior of your microservice in a real context.

Telepresence is an open source tool that lets you run a single service locally, while connecting that service to a remote Kubernetes cluster. This lets developers working on multi-service applications to:

Telepresence works on both Mac OS X and Linux, with OS-native packages.

On OS X you can install Telepresence by running the following:

Run the following to install Telepresence:

If you are running another Debian-based distribution that has Python 3.5 installable as python3, you may be able to use the Ubuntu 16.04 (Xenial) packages. The following works on Linux Mint 18.2 (Sonya) and Debian 9 (Stretch) by forcing the PackageCloud installer to access Xenial packages.

Connect to a Kubernetes Cluster and start debugging the microservice​

Let's take an example on a test cluster

1. Connect to your cluster​

6b. Configure Intellij with your service Java JSON as debug configurations​ 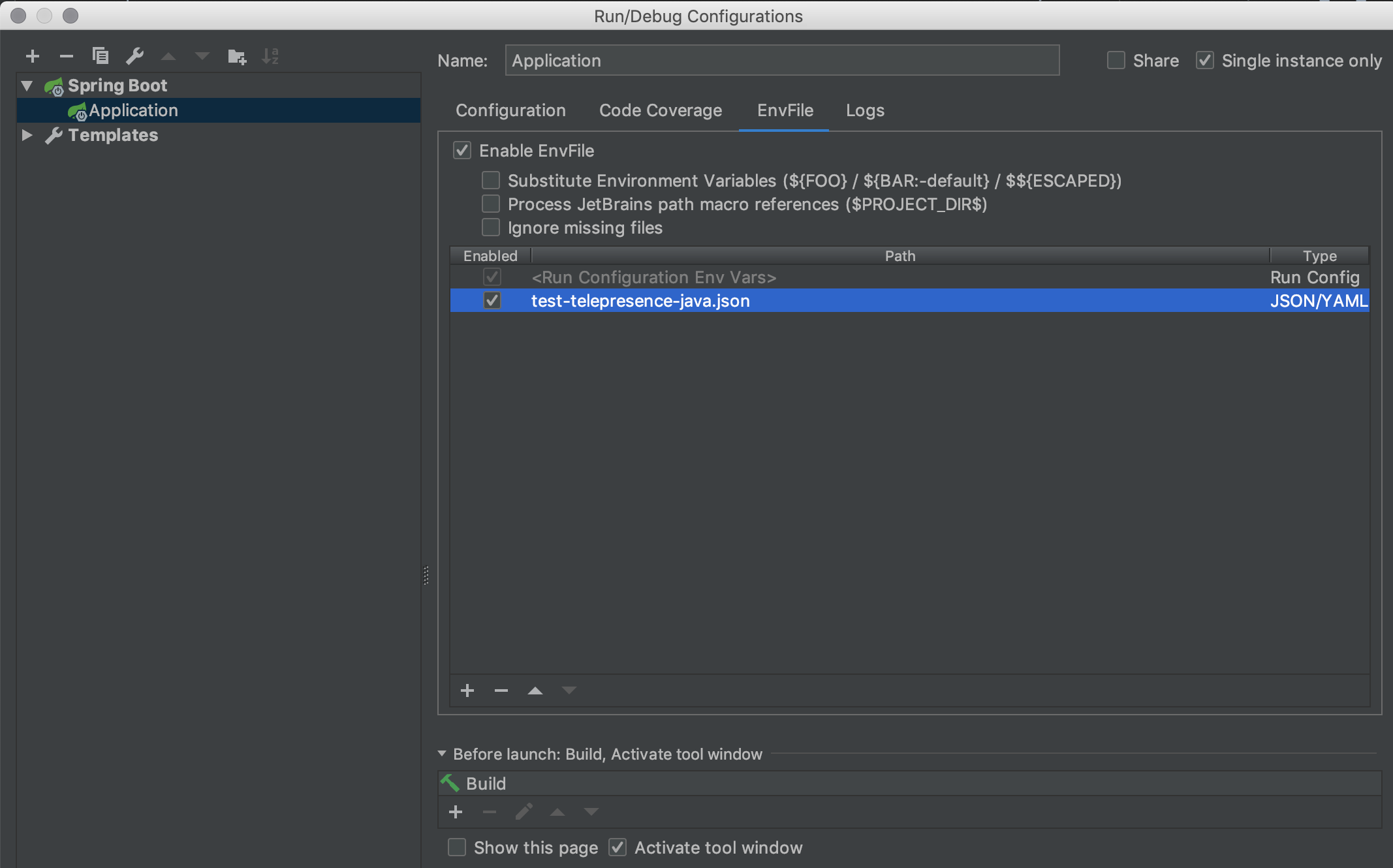