Skip to main content
This is documentation for Mia-Platform Documentation 7.9.x, which is no longer actively maintained.
For up-to-date documentation, see the latest version (9.x (Current)).
Version: 7.9.x

Mia-Craft is a visualization tool accessible from the dedicated section of the Design area of the Console. The aim of Mia-Craft is to help the user to obtain a graphical overview of the project architecture starting from his project's configuration and also to replicate the conceptual flow adopted during the design of the project’s configuration via the functionalities explained in the next section. 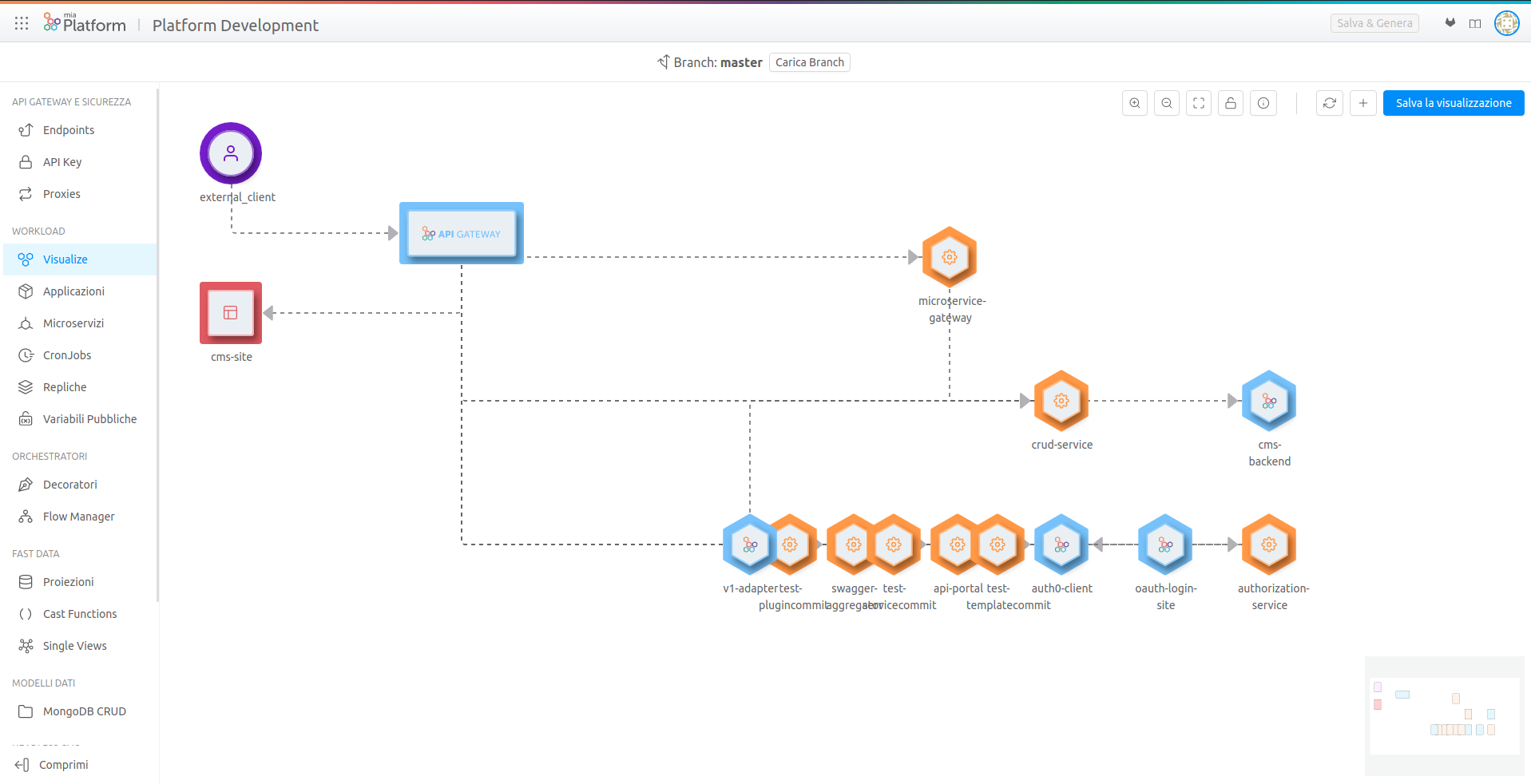 All the icons shown correspond to a specific type of microservice except for the “Client”:

The user can replicate the conceptual flow adopted during the design of the project’s configuration, by pointing out how services in the architecture communicate with each other and by changing the position of the services inside the namespace of Mia-Craft. This can be achieved via the functionalities explained in the next parts.

The microservices, represented by their icon, can be dragged by doing a left click on them and then dragging them in the allowed area.

Delete a connection between microservices​

The arrows created between the microservices can be deleted via the context menu that can be seen simply by doing a right click on the arrow that should be deleted.

Save the visualization created​

The visualization created by the user can be saved and retrieved the next time that the user access this area. This can be done via the 'Save visualization' button on the top right of the window. The new visualization is saved in the project git repository in the file 'mia-craft-config.json'.

The visualization can be brought back to a starting default position at any moment via the reset button, which repositions all the services in a precise way.

As it can be seen in the following example, the API Gateway, the CMS site and the Client are going to be positioned on the left and the other services on the right based on the following logic:

In order to better represent the graphical overview of the project architecture, external services can be added. There are four typologies of external services available: Kafka, MongoDB, Redis and Custom. For each of them there is a specific icon and a custom name that a user can specify in the process of creating it. There is no limit in the number of external services that can be created for each typology, however the only constraint is the fact that the custom name chosen for a new external service must be different from the names of the console's services such as api-gateway, cms-site or the names of any custom service created by the user in the Configuration tab.

The external services can be added as it can be seen in the following representation.